Posted on December 2, 2016 by harasprice

In those days John the Baptist appeared in the wilderness of Judea, proclaiming, ‘Repent, for the kingdom of heaven has come near.’ This is the one of whom the prophet Isaiah spoke when he said,

‘The voice of one crying out in the wilderness:
“Prepare the way of the Lord,
make his paths straight.” ’

Now John wore clothing of camel’s hair with a leather belt around his waist, and his food was locusts and wild honey. Then the people of Jerusalem and all Judea were going out to him, and all the region along the Jordan, and they were baptized by him in the river Jordan, confessing their sins.

But when he saw many Pharisees and Sadducees coming for baptism, he said to them, ‘You brood of vipers! Who warned you to flee from the wrath to come? Bear fruit worthy of repentance. Do not presume to say to yourselves, “We have Abraham as our ancestor”; for I tell you, God is able from these stones to raise up children to Abraham. Even now the axe is lying at the root of the trees; every tree therefore that does not bear good fruit is cut down and thrown into the fire.

‘I baptize you with water for repentance, but one who is more powerful than I is coming after me; I am not worthy to carry his sandals. He will baptize you with the Holy Spirit and fire. His winnowing-fork is in his hand, and he will clear his threshing-floor and will gather his wheat into the granary; but the chaff he will burn with unquenchable fire.’

I’m an academic who has been through a lot of formal schooling.  I would add up the total number of years for you, but it would probably be embarrassing.  My Dad, a self-taught kind of guy, has always been quick to call me “Professional Student.”  I used to get all defensive about that, explaining how sometimes opportunities have presented themselves unexpectedly, justifying my love of books and classrooms.  The truth is, I think he’s right.  But, that is because I think at heart we are all professional students.  Sometimes, in spite of all the formal places of learning that may be a part of our lives, wisdom speaks to us profoundly from unexpected sources.  When we are open to learning, our teacher will find us whether our classroom is on campus, or perhaps in the wilderness.

So today, in this Gospel for the Second Sunday in Advent, we are given a lesson from the wilderness.  Our teacher appears, wearing a shirt woven together from cast off animal hair, belted around his waist to hold it into place.  He scavenged for food before class, making bugs his lunch and braving bee-strings to get some fingers full of wild honey to wash it all down.  This prophet and teacher that we have come to call John the Baptist isn’t exactly on the list of the academic elite. And yet, we are told, even the temple educated were coming to him in search of wisdom.  Like the people of Jerusalem and Judea, we are on the move, heading out from our homes and communities into the wilderness in search of the wisdom this man of the earth has for us.

Why are people…and specifically why are we…so compelled to listen to what he has to say? I think it’s because whether we are spiffed up and highly educated or wearing sackcloth and eating locusts, we know in our soul when things just aren’t right.  What isn’t right with us?  We have rich and famous people amassing more and more money, while others sleep on sidewalks.  We have millionaires who are miserable, and people in poverty who give thanks.  The paths of truth and mercy in this world aren’t straight lines that make logical sense.  Justice doesn’t seem to follow a predicable course.  There are paths that we follow which are curved, confusing, and leave us wondering “where is God in this?”

I know that I’ve wondered that, and I imagine that you have, too.

So, it doesn’t surprise me that people near and far came to this prophet in the wilderness, the man that we’ve come to call “John the Baptist,” in order to seek some prophetic voice that can help make these crooked, winding, illogical paths straight and to feel cleansed and whole again.  That was the role of baptism…of ritual washing…in this era of time for the people of Israel.  People then and now are following a desire to be pure, to find order in chaos, to be free of that which binds us to the disorder that can make us feel so lost and frustrated in an imperfect world.

John, prophet of the wilderness, offers up some powerful words to those seeking him out.  He certainly isn’t one to mince his words.  He sees those coming toward him who are part of the status quo, who keep the same things happening in the world and in the church that are contributing to patterns of inequity out of fear for protecting what they have.  Even though they were searching for a prophet to make the crooked pathways straight again…they weren’t really looking for anything to change in real, profound ways.  They could only see far enough to protect themselves, like a viper might protect its habitat.

John the Baptist speaks prophetically and powerfully to this mixed group gathering around him in the wilderness, realizing as the prophet he is that this new world that people were searching for was not going to come about without radically changing some structures and practices.  The “one who is more powerful than I am” that John the Baptist was speaking of was Jesus, who would come to preach and live out an entirely different ministry than some people were expecting.  Jesus, who would bring good news to the poor.  Jesus, who would eat with sinners and those who were despised.  Jesus who would tell the rich to sell all that they had, and would welcome the poor, the lonely, the alienated into a larger Body of Christ.  Jesus, who would live, and die, and even when resurrected would send his Spirit into the world so that purity and belonging could be extended to the world through his reign of mercy and of justice.

What would John the Baptist say to us today?  He might remind us that we have been given these Gospel messages, these stories of the life and ministry of Jesus to help us know how to truly repent.  Not brood or feel badly for ourselves…not beat ourselves up or put each other down…but truly turn our lives into examples of the divine mercy and justice that Jesus lived out, for which he died, and in which we continue to live today as the Church, the risen Body of Christ moving through the world.

This is our lesson, for those of us who want to learn it.  This Gospel, foretold by John the Baptist and lived out by the live and ministry of Jesus Christ is our teacher: in the church, in this city, in the wilderness of life.  We teach each other as we live it out each day, learning more and more who we are called to be as we open ourselves to learning what this good news means in the face and experience of each person we encounter.

In the wilderness, a voice is crying, “Prepare the way of the Lord.”

Prepare our hearts, Lord, that we may live out the merciful love you have shown to us. 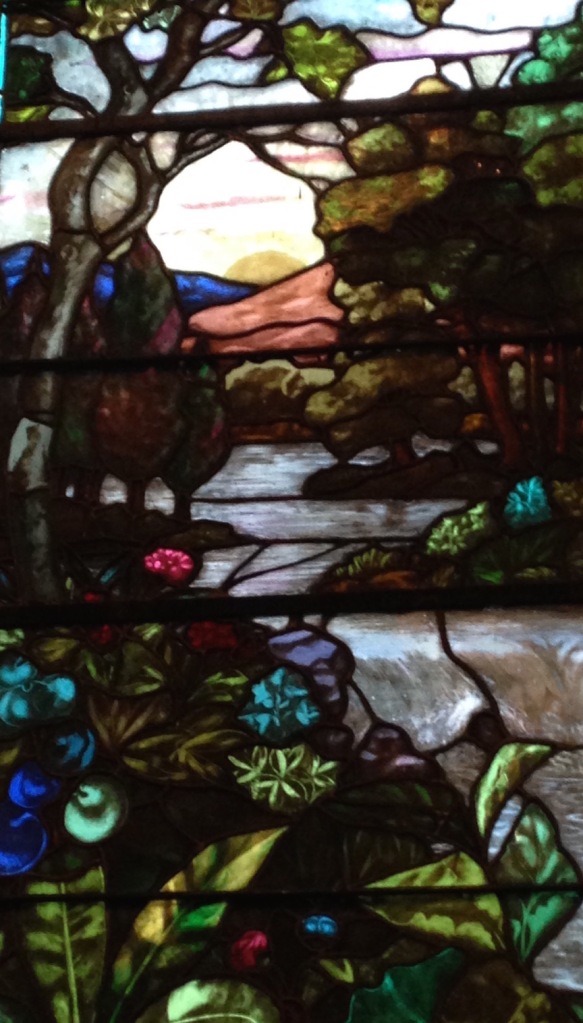 Professor of Social Work and Priest in The Episcopal Church, parent, teacher, learner, writer, advocate, and grateful traveller along this journey through life
View all posts by harasprice →
This entry was posted in sermons and tagged Advent, Advent 2, Christianity, faith, John the Baptist, prepare the way of the Lord, prophetic, sermon. Bookmark the permalink.