A reflection for Proper 21, year C

Jesus said, “There was a rich man who was dressed in purple and fine linen and who feasted sumptuously every day. And at his gate lay a poor man named Lazarus, covered with sores, who longed to satisfy his hunger with what fell from the rich man’s table; even the dogs would come and lick his sores. The poor man died and was carried away by the angels to be with Abraham. The rich man also died and was buried. In Hades, where he was being tormented, he looked up and saw Abraham far away with Lazarus by his side. He called out, `Father Abraham, have mercy on me, and send Lazarus to dip the tip of his finger in water and cool my tongue; for I am in agony in these flames.’ But Abraham said, `Child, remember that during your lifetime you received your good things, and Lazarus in like manner evil things; but now he is comforted here, and you are in agony. Besides all this, between you and us a great chasm has been fixed, so that those who might want to pass from here to you cannot do so, and no one can cross from there to us.’ He said, `Then, father, I beg you to send him to my father’s house– for I have five brothers– that he may warn them, so that they will not also come into this place of torment.’ Abraham replied, `They have Moses and the prophets; they should listen to them.’ He said, `No, father Abraham; but if someone goes to them from the dead, they will repent.’ He said to him, `If they do not listen to Moses and the prophets, neither will they be convinced even if someone rises from the dead.'”

There are so many chasms that divide us in this world.  At times, it seems like we are being pulled further and further apart from each other.  It can be very tempting to fall into the illusion that “once upon a time” there was a perfect world without injustice, where we all were one happy family.  Somehow, in our illusion of that imaginary used-to-be-perfect world, we think that others had it better “back then” than we do now.  In 2016, it seems that the rich get richer, while the poor get poorer.  It seems that there are not just dividing lines but huge chasms between the “haves” and the “have nots” or perhaps between Democrats and Republicans, progressives and liberals, Black and White, men and women, young and old, gay and straight, rich and poor: the list of what divides us goes on, and on, and on.  In 2016, its easy for us to draw boxes around groups of which we are not a part and think of “them” as “the other” who are for some reason less worthy.  But, Jesus breaks that illusion of the Good Old Days by bringing us into a story from another time…and another realm…where those chasms are still real, and made visible.  In this parable Jesus paints a vivid picture of the chasms that divide us so that we can then be offered a glimpse into the possibility of another world.

Whenever we find ourselves on the outside of the box of privilege or labelled as someone else’s version of “the unworthy other,” we can relate profoundly to Lazarus, the poor man sitting outside the gate.  In fact, I think perhaps Jesus gives us the vivid detail of how horrible it feels to be the one who is outside the gate precisely because he himself knows how dehumanizing it can feel to be the one who is rejected: “And at [the rich man’s] gate lay a poor man named Lazarus, covered with sores, who longed to satisfy his hunger with what fell from the rich man’s table; even the dogs would come and lick his sores.”  In contrast, Jesus also gives us a picture of the rich man: dressed in fine clothes, having the best of everything, eating sumptuous food every day.  We’d probably see that rich man today, looking back at us from the covers of entertainment magazines, glorifying the lifestyle of the rich and famous that so many people are trying to achieve.

But, to what end?

The picture that Jesus paints about the chasm that divides us was as familiar to that crowd 2,000 years ago as it is to us today.  Then, as it is now, there are are chasms that divide us in this world which seem unable to be crossed.  But the question Jesus holds out for his hearers…then and now…is whether there is a way to bridge that divide.

In Jesus’ parable, he tells us clearly how NOT to try to bridge the divide.  Specifically, we can’t expect that someone else can be commanded to do it for us.  Even in a tormented afterlife, the rich man doesn’t really “see” Lazarus.  He just assigns Lazarus to the same role, the same box he always has: a servant, someone to be sent to fetch a drop of water to cool his tongue.  The Rich Man tries to align himself with the all powerful Father, thinking that power and entitlement will save him.  But God, the divine protector that Jesus holds out in the image of Father Abraham says:

“Child, remember that during your lifetime you received your good things, and Lazarus in like manner evil things; but now he is comforted here, and you are in agony. Besides all this, between you and us a great chasm has been fixed, so that those who might want to pass from here to you cannot do so, and no one can cross from there to us.”

One might think that the rich man would have a moment of clarity at this point.  But, instead he once again fails to recognize the beloved child of Lazarus and continues to see him…as I might say, to “other him” as a servant who he thinks should leave his reward in heaven to come back to earth to save the rich man’s family.  Again, Father Abraham intervenes:

What stands out to me is the invitation to humility.  Crossing the chasm means that we think less about ourselves, and more about whoever is on the other side.  Crossing the chasm is to know, to listen, to take in the messages of the people and prophets of this world who bring a message of healing, hope, and reconciliation.  The chasm that is fixed between us exists because we persist in keeping some group as “the other” and assuming that we have some exclusivity with God to which that group is not entitled to.  Jesus paints a completely different picture:  all people have the same belovedness; the same prophets; the same stories; all of us are beloved and have the choice to recognize the belovedness in each other.  When we are blind to the belovedness of others, as God sees us, we are fixed only on the chasm that separates us.  When we embrace the humility of our common humanity, as Jesus does, we begin to glimpse his vision for a new world.

In his life and ministry, Jesus crosses that chasm of difference repeatedly.  That chasm is crossed at the moment of his birth, in the very moments of the incarnation of God becoming human and entering the world in the most humble of beginnings, in a manger…a feeding trough…amid animals, people, and without a place to call home.  Already in the stories of Jesus’ ministry that we’ve been sharing together over these past several weeks he eats with sinner and tax-collectors; he heals those who haven’t even the strength to ask; he invests in the lost sheep so that the community can be returned to fullness.  Jesus lives into a pattern of seeing the belovedness in every human being, and in his death and resurrection he crosses that chasm once and for all, joining all of us to be, together, the Body of Christ in the world.

How do we cross the chasms we encounter in our lives?  We choose to see and recognize that we are all named, and loved, and beloved.  Jesus extends himself as a bridge, creating community to all of us…ALL OF US without exception.  There are no chasms in the boundless love of God.  And there are no chasms when we join as one in Christ, recognizing the belovedness of each other as members together in the Body of Christ.

O God, you made us in your own image and redeemed us
through Jesus your Son: Look with compassion on the whole
human family; take away the arrogance and hatred which
infect our hearts; break down the walls that separate us;
unite us in bonds of love; and work through our struggle and
confusion to accomplish your purposes on earth; that, in
your good time, all nations and races may serve you in
harmony around your heavenly throne; through Jesus Christ
our Lord. Amen. 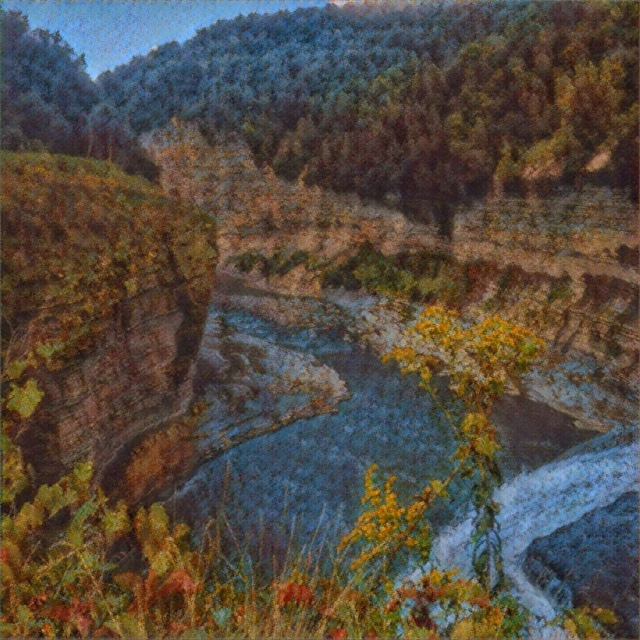